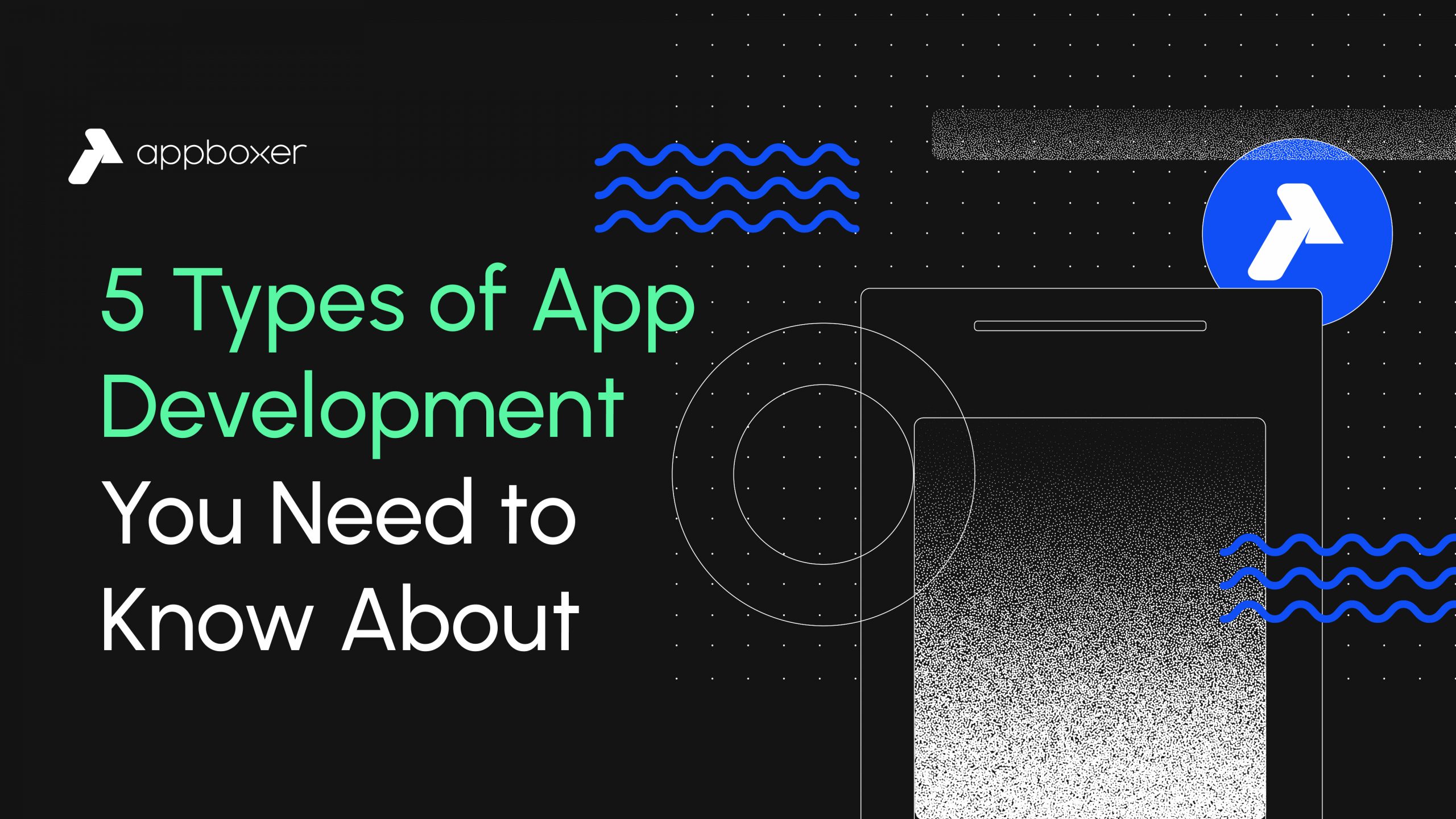 The 5 Types of App Development

The popularity of mobile and web-based applications, or apps, has risen dramatically over the past 10-15 years, especially as the devices that host these apps continue to evolve themselves. For this reason, many businesses are now looking to capitalise on this trend by developing apps that complement their own customer experience and help them to better communicate with their communities. In this blog, we’re going to take a quick look at the benefits of apps for the modern enterprise, as well as discuss the different types of app development to help give you a better understanding of which is best for your organisation.

First, what is app development?

In a business sense, app development is the building of applications that can be installed and run on digital devices to provide additional functionality or support for the benefit of your customers or internal teams.

For start-ups, this might mean developing an app that puts their entire business in the palm of their intended customers’ hands.

For enterprises, however, app development tends to be more about creating an augmentation of your business with an application that extends your offering to your customers or improves operational efficiencies for your staff.

For example, an app could be developed to open another line of communication between your business and customers, or internally, it could provide a project management platform for your off-site team to log and complete tasks each day.

How can app development benefit your business?

Essentially, apps work to improve and support the functions of your business.

For instance, mobile apps are now a primary channel for today’s customers. It’s where they spend most of their time, making apps second nature and heavily integrated into their psyche. In fact, it’s starting to reach the point where customers now expect businesses to have an app available for them to use.

App development is extremely diverse in the benefits that it can offer, and specific advantages are primarily based on the type of industry you are in. However, here is a list of some of the biggest benefits that can come with developing an app for your organization:

What are the 5 types of app development?

Below are 5 main types of app development, along with the pros and cons of each, to help you get a better understanding of the best option for your organisation:

Native app development requires building a separate version of the same app for both iOS and Android in their own native language, allowing the app to function specifically on each platform.

As you’re building in two languages, however, this typically incurs a cost that’s double the price of other forms of development. For this reason, native development is only advised when you require detailed and intricate functionality specific to each platform’s built-in capabilities.

Unlike native development, hybrid app development uses a single code base that feeds both the iOS and Android platforms with the same information.

As you’re only developing in a single language, hybrid costs around half as much as native development, while still providing most of the functionality.

Some of the most popular hybrid frameworks are Flutter and React Native.

No-code development is a great option for enterprises looking to build a Minimum Viable Product (MVP) quickly and cheaply to test and validate their idea before investing significant amounts of money in perfecting their final iteration.

Depending on the goals of your business and the strength of your onboarding process, a website application may be a better option for you.

Website apps (or ‘web apps’) often present a lower barrier to entry, as users can simply find your website and get what they need. This is as opposed to mobile apps, where users need to search for your app in the app store, download it, and then register an account before they can get access to the information or functionality that they’re after.

Augmented Reality (AR) and Virtual Reality (VR) apps are typically built on a gaming engine before being ported to the relevant platform after development.

For this reason, they are extremely costly to develop and manage, and the average enterprise doesn’t usually need to develop an app of this scale.

So, how do you determine the right type of app development for your business needs?

For most organisations, it’s recommended that you start with a no-code or hybrid form of development, simply because it’s much more cost-effective to start small and then scale up to meet your changing needs and requirements, rather than starting at the highest level only to realise the demand is not there.

If you do require more advanced functionality, then you can consider native development or perhaps even a website application to meet your business goals.

App Boxer is a Sydney-based app development agency with a passion for innovation and a keen eye for detail every step of the way.

We start the app development journey by identifying the unique goals and challenges of your business to determine the best path forward for your needs.

We recommend hybrid or no-code development to more than 90% of our clients, saving you large amounts of money while still providing the functionality that you need.

Book a free consultation with App Boxer today to discover how we can help you to build the right type of app for your business.